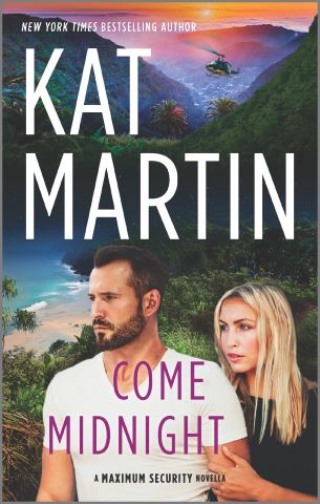 When strangers Breanna Winters and Derek Stiles met on a flight to Colombia, they never imagined they would need to rely on each other for survival. Taken hostage by a group of radical environmental vigilantes, Bree worries her secret identity has been discovered—and her fears are confirmed when she learns a ransom request has been sent to her father. Though she’s the daughter of a prominent tech mogul, Bree’s wealth can’t guarantee her safety, so former Navy fighter pilot Derek pretends to be her fiancé in order to accompany her on a dangerous jungle trek led by the radicals. With chemistry building between the pair, a romance isn’t hard to fake, though they can’t let their attraction distract them. If Bree and Derek ever want to see civilization again, they’ll have to work together and rely on their wits to escape their captors.

Kat Martin: Top ten New York Times bestselling author Kat Martin is a graduate of the University of California Santa Barbara.  Residing with her Western-author husband, L.J. Martin, in Missoula, Montana, Kat has written 70 Historical and Contemporary Romantic Suspense novels. More than 17 million of her books are in print and she has been published in twenty foreign countries. Kat is currently hard at work on her next novel.