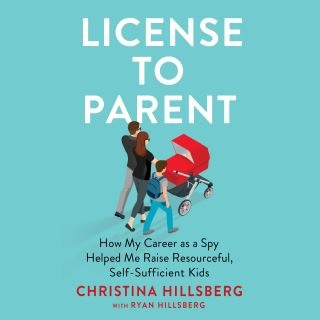 How My Career As a Spy Helped Me Raise Resourceful, Self-Sufficient Kids

"If Mr. and Mrs. Smith had kids and wrote a parenting book, this is what you'd get: a practical guide for how to utilize key spy tactics to teach kids important life skills--from self-defense to effective communication to conflict resolution." --Working Mother

Christina was a single, successful CIA analyst with a burgeoning career in espionage when she met fellow spy, Ryan, a hotshot field operative who turned her world upside down. They fell in love, married, and soon they were raising three children from his first marriage, and later, two more of their own.

Christina knew right away that there was something special about the way Ryan was parenting his kids, although she had to admit their obsession with surviving end-of-world scenarios and their ability to do everything from archery to motorcycle riding initially gave her pause. More than that, Ryan's kids were much more security savvy than most adults she knew. She soon realized he was using his CIA training and field experience in his day-to-day child-rearing. And why shouldn't he? The CIA trains its employees to be equipped to deal with just about anything. Shouldn't parents strive to do the same for their kids?

As Christina grew into her new role as a stepmom and later gave birth to their two children, she got on board with Ryan's unique parenting style--and even helped shape it using her own experiences at the CIA. Told through honest and relatable parenting anecdotes, Christina shares their distinctive approach to raising confident, security-conscious, resilient children, giving practical takeaways rooted in CIA tradecraft along the way. License to Parent aims to provide parents with the tools necessary to raise savvier, well-rounded kids who have the skills necessary to navigate through life.