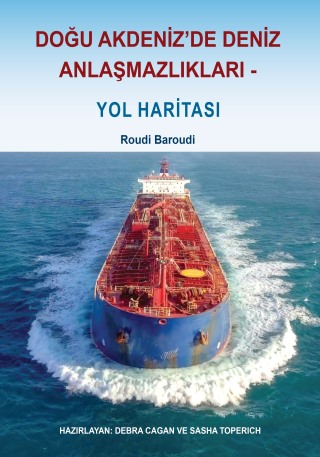 Maritime Disputes in the Eastern Mediterranean

The ways and means described in this book constitute a road map for responsible members of the international community to work together, reduce tensions, resolve differences over maritime boundaries peacefully, and reap the rewards of a safer, stabler, and more prosperous world. This volume shows that the UN and its associated treaties, courts, and other institutions have developed a body of laws, rules, and procedures guiding the way to negotiated, peaceful outcomes. Mr. Baroudi’s book also points to rapid advances of science and technology that take much of the guesswork out of boundary delineation, making this route more reliable and user-friendly than ever before. The successful use of these mechanisms would set a useful example for the resolution of boundary disputes in other regions of the world. That, in turn would restore confidence in the international rules-based system and could pave the way for the settling of some of the world’s most troubling and dangerous disputes.

Roudi Baroudi is the CEO of Energy & Environment Holding. He has 40 years of experience in the fields of oil and gas, petrochemicals, power, energy-sector reform, energy security, environment, carbon-trading mechanisms, privatization, and infrastructure. Baroudi has led project and program development with the World Bank, the IMF, the European Commission, USAID, the Arab Fund for Economic and Social Development, and the Italian Bilateral Protocols, as well as multilateral agency financing in the United States, the Middle East, Central Asia, Japan, and Europe. Baroudi has helped formulate energy and environment policies in the Euro-Mediterranean, North Africa, and Middle East regions. He participated in the preparations of the Euro-Med Energy Free Trade Zone, and in the Euro-Med Regional, and Euro-Med Government negotiations. He has advised both the European Commission and its Mediterranean partners on energy and transportation policies. Baroudi was a founding member of the Rome Euro-Mediterranean Energy Platform (REMEP). His expertise is regularly sought by the United Nations Economic Commission for Europe (UNECE). He has written and coauthored numerous books and articles on matters associated with energy. His insights on these and related issues are frequently sought by local and international companies, governments, and media outlets.

Debra L. Cagan is the Distinguished Energy Fellow at the Transatlantic Leadership Network and was a career State Department and Defense Department official from the Reagan to Trump administrations.

Sasha Toperich is the Senior Executive Vice President at the Transatlantic Leadership Network and was a Director and Senior Fellow at the Center for Transatlantic Relations at Johns Hopkins University’s School of Advanced International Studies - SAIS.