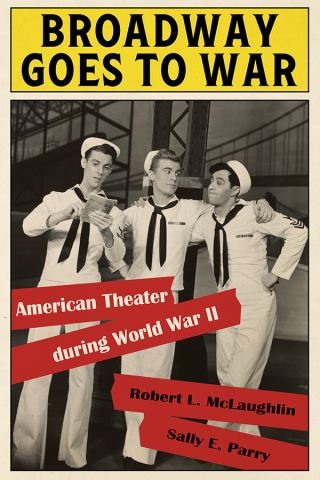 The American theater was not ignorant of the developments brought on by World War II, and actively addressed and debated timely, controversial topics for the duration of the war, including neutrality and isolationism, racism and genocide, and heroism and battle fatigue. Productions such as Watch on the Rhine (1941), The Moon is Down (1942), Tomorrow the World (1943), and A Bell for Adano (1944) encouraged public discussion of the war's impact on daily life and raised critical questions about the conflict well before other forms of popular media.

American drama of the 1940s is frequently overlooked, but the plays performed during this eventful decade provide a picture of the rich and complex experience of living in the United States during the war years. McLaughlin and Parry's work fills a significant gap in the history of theater and popular culture, showing that American society was more divided and less idealistic than the received histories of the WWII home front and the entertainment industry recognize.