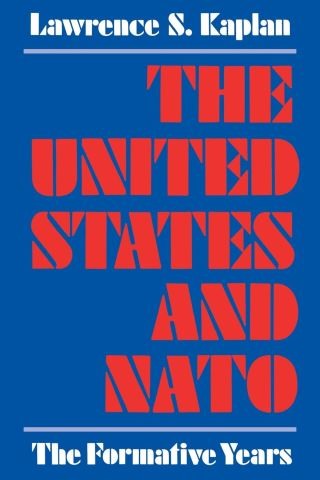 The United States and NATO

The creation of the North Atlantic Treaty Organization was one of the most important accomplishments of American diplomacy in countering the Soviet threat during the early days of the Cold War. Why and how such a reversal of a 150-year nonalignment policy by the United States was brought about, and how the goals of the treaty became a reality, are questions addressed here by a leading scholar of NATO.

The importance of restoring Europe to strength and stability in the post-World War II years was as obvious to America as to its allies, but the means of achieving that goal were far from clear. The problem for European statesmen was how to secure much- needed American economic and military aid without sacrificing political independence. For American policymakers, in contrast, a degree of American control was seen as an essential quid pro quo. As Mr. Kaplan shows, the lengthy negotiations of 1947 and 1948 were chiefly concerned with reconciling these opposing views.
For the Truman administration, the difficulties of achieving a treaty acceptable to the allies were matched by those of winning its acceptance by Congress and the public. Many Americans saw such an "entangling alliance" as a threat not only to American security but to the viability of the United Nations. Mr. Kaplan demonstrates the tortuous course of the debate on the treaty and the pivotal role of the communist invasion of South Korea in its ultimate approval.

This authoritative study offers a timely reevaluation of the origins of an alliance that continues to play a critical role in the balance of power and in the prospects for world peace.

Lawrence S. Kaplan: Lawrence S. Kaplan is emeritus director of the Lyman L. Lemnitzer Center for NATO and European Union Studies at Kent State University and a professorial lecturer in history at Georgetown University. He is the author or editor of more than two dozen books, including NATO Divided, NATO United: The Evolution of an Alliance and NATO 1948: The Birth of the Transatlantic Alliance.