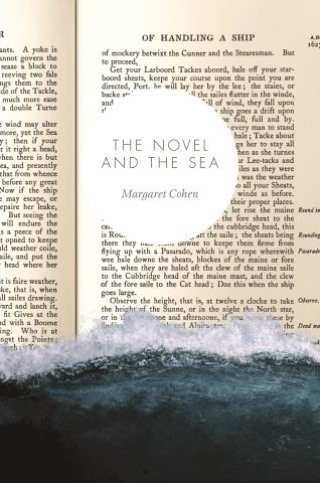 The Novel and the Sea

For a century, the history of the novel has been written in terms of nations and territories: the English novel, the French novel, the American novel. But what if novels were viewed in terms of the seas that unite these different lands? Examining works across two centuries, The Novel and the Sea recounts the novel's rise, told from the perspective of the ship's deck and the allure of the oceans in the modern cultural imagination. Margaret Cohen moors the novel to overseas exploration and work at sea, framing its emergence as a transatlantic history, steeped in the adventures and risks of the maritime frontier.

Cohen explores how Robinson Crusoe competed with the best-selling nautical literature of the time by dramatizing remarkable conditions, from the wonders of unknown lands to storms, shipwrecks, and pirates. She considers James Fenimore Cooper's refashioning of the adventure novel in postcolonial America, and a change in literary poetics toward new frontiers and to the maritime labor and technology of the nineteenth century. Cohen shows how Jules Verne reworked adventures at sea into science fiction; how Melville, Hugo, and Conrad navigated the foggy waters of language and thought; and how detective and spy fiction built on sea fiction's problem-solving devices. She also discusses the transformation of the ocean from a theater of skilled work to an environment of pristine nature and the sublime.

A significant literary history, The Novel and the Sea challenges readers to rethink their land-locked assumptions about the novel.

Margaret Cohen: Margaret Cohen teaches in the Department of Comparative Literature at Stanford University, where she holds the Andrew B. Hammond Chair of French Language, Literature, and Civilization. She is the author of Profane Illumination and The Sentimental Education of the Novel.