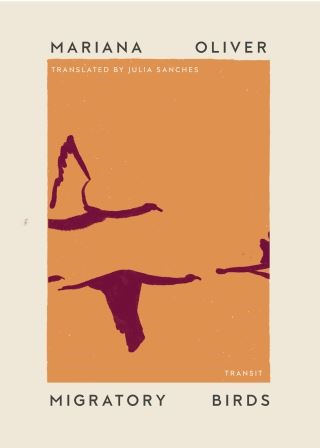 "Pondering revolutionary Cuba, the Berlin Wall, and the caves of Cappadocia, these essays explore themes of memory, war, movement, and home."—The New Yorker

"A thoughtful, roving meditation on migration, language, and home."—Publishers Weekly

In her prize-winning debut, Mexican essayist Mariana Oliver trains her gaze on migration in its many forms, moving between real cities and other more inaccessible territories: language, memory, pain, desire, and the body. With an abiding curiosity and poetic ease, Oliver leads us through the underground city of Cappadocia, explores the vicissitudes of a Berlin marked by historical fracture, recalls a shocking childhood exodus, and recreates the intimacy of the spaces we inhabit. Blending criticism, reportage, and a travel writing all her own, Oliver presents a brilliant collection of essays that asks us what it means to leave the familiar behind and make the unfamiliar our own.

Mariana Oliver was born in Mexico City in 1986. She received her master’s in comparative literature from the Universidad Nacional Autónoma de México (UNAM) and is the recipient of a Fundacíon de Letras Mexicanas grant for essay writing. In 2016, she was awarded the José Vasconcelos National Essay Prize for Migratory Birds.

Julia Sanches is a translator of Portuguese, Spanish, French, and Catalan. Her book-length translations are Now and at the Hour of Our Death by Susana Moreira Marques and What Are the Blind Men Dreaming? by Noemi Jaffe. A former literary agent, she is cofounder of the collective Cedilla & Co.